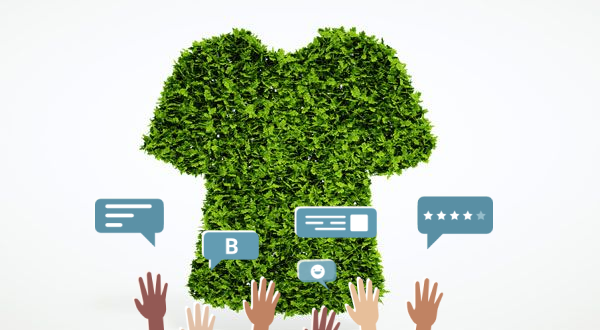 This report is a snapshot of the views of 262 Gabriola residents who were asked to think about textiles – specifically, clothing and household linens – as part of GIRO’s Circular Economy Textile Initiative. The individuals responded to a survey request published in The Sounder, on the GIRO website, on various community Facebook bulletin boards, and through email lists.

Most of those who responded to this survey (80%) were fifty years old or older. Very few (3%) were under 30; this reflects Gabriola’s population, where 3% of the population is between 20-29, according to 2016 census data.

When they purchase things, are they new or used?

Most respondents (just over 55%) purchased at least an equal amount of clothing and household linens second-hand, rather than new. Fewer than 10% purchased only new linens and garments.

When they buy used clothing, what do they do with it?

Most commonly, when they purchase used clothing, they wear the item as is (234 responses).

Some repurpose used clothing as a supply for projects (art, quilting, braided rugs…) and some make alterations to their purchases.

Why do they buy used textile items?

The most important reason for purchasing used clothing and household linens were to support reuse, repurpose and redesign actions.

When they buy new clothing, is sustainable tech important?

How much do they discard?

Most report that they cull five or fewer bags of clothing and household.

When they cull their closets, what do they do with things?

Over 90% of those responding donate clothing and household linens to GIRO. Almost half donate such items to the Gabe Shop. (For this question, participants were encouraged to choose all relevant responses.)

They also find other things to do with linens and clothing they are no longer using. Twenty people noted that they turn discarded items into rags. Twelve remake discarded items into something new. Some of these makers specifically mention saving buttons, zippers, etc. from discarded garments. Others use the material as pet and livestock bedding (3), to make blankets or rugs (2) or in art projects (2). They may also  donate items to an off-island charity (6) or thrift shops (6).

Why do they discard things?

Most commonly, things are discarded because they no longer fit (68 responses). Sometimes they are damaged (68) or stained (56).

Those responding also noted that some things are just worn out (34). In the case of garments, they are often donated because they just aren’t being worn (21), or because they are a type of clothing no longer worn (12). Partly this represents the more casual lifestyle on Gabriola; people often spoke of donating clothes worn for work in the past. Perhaps they are just tired of the item (7), or their taste has changed (3). Sometimes items are just surplus to need (11). Sometimes people are downsizing (4), and sometimes donating items that belonged to a deceased family member (3).

As part of its C2C project, GIRO plans to build a textile-repurposing building. We have applied for and received two generous grants, but we are fund-raising for the final details of the maker-space building: the purchase of hand tools, shop supplies and functional furniture. You can help !

This post is one in a series on GIRO's C2C Threads "cradle to cradle" circular economy textile initiative.